What is the Folklore Series?

Like all good stories, the Folklore series has mythical origins. As in – nobody is really sure how we came up with it. The facts, figures, faces and names are disputed. The truth is lost in the mists of time.

And to the mists of time it is to return, taking its place in history. Soon, we will release the final bottling in the series.

All bottles released in this collection so far have sold out, becoming legends of the whisky world.

The Folklore series has grown so much and in directions that not one of us could have foreseen. For example, when we were fondly finishing up the fine details of the Ben Nevis 45 year old’s Cù Sìth design, how could we have foreseen that we would be ankle deep in a burn, film crew on hand to help develop the story of the Bowmore’s Caointeach?

How could we have guessed how many people would become passionate monster hunters, scouring the archives for the names of creatures in order to cover themselves in glory in our release competition?

And did we know the series would completely sell out – the bottles now living their own lives in far flung and oft changing lands?

Recap – From Islands to Mountains

To celebrate the finale we want to go through all the characters, all the single malts, all the casks and all the awards. A journey through six unique single cask offerings and the stories that they tell. Today we start with the Ben Nevis 45 and the Arran 22. 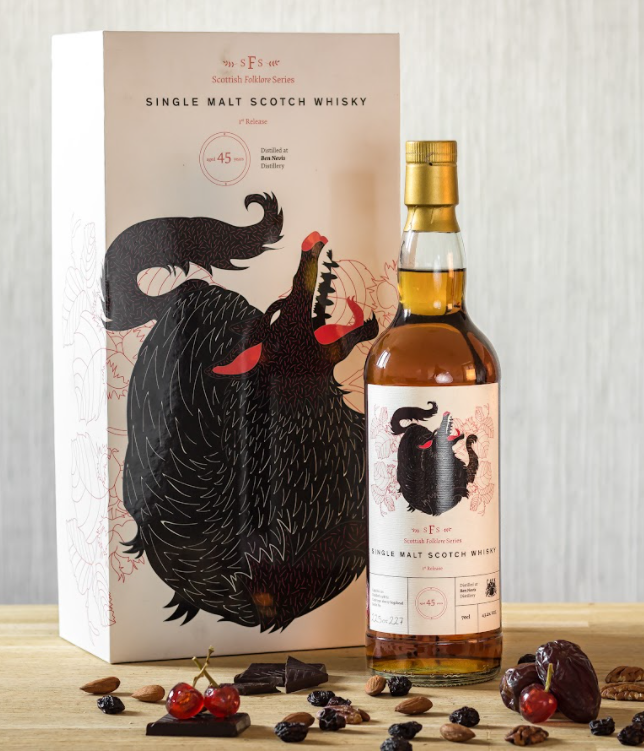 An impressive cask asks for an impressive bottling – most Independent Bottlers will tell you the same. Ben Nevis is the name of both the distillery and the oft-snow peaked mountain that this distillery sits beneath. Ben Nevis is Scotland’s tallest mountain and 45 years is a grand height for a whisky to reach: we had to design a very special bottling for this whisky.

Gold in the “Design & Media Awards” category at the 2018 Wine & Spirit Competition.

Gold in the “Single Malt 21 Years & Older” category at the 2018 Independent Bottlers Challenge.’

45 years matured in a sherry cask

Cù Sìth makes his first Youtube appearance in Episode 10 of Cask 88 TV, where he directs our hero to a powerful, auld feminine force… (click here) 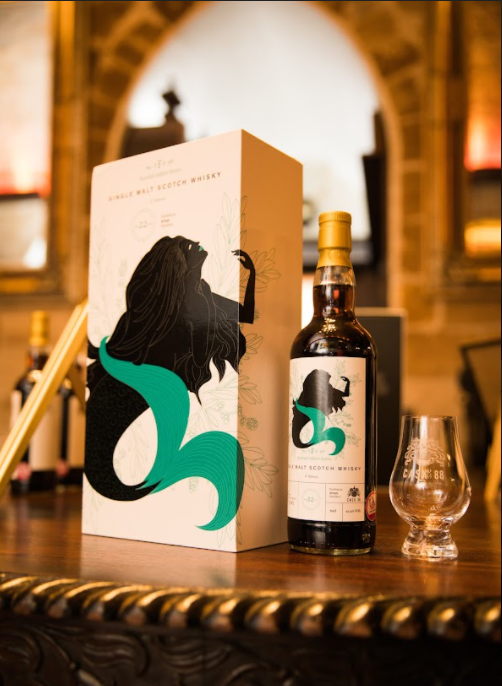 After the success of the Ben Nevis we needed something spectacular for that second bottling, much like famous musicians and that all important second album.

Well, we may have chosen a cask that was too good! Arran 22 sold out in record time.

This bottling sold out so fast that members of our own team couldn’t get a bottle! A certain director had to buy one back through an auction site… It was also so fast that there were none left to send to judging panels who, obviously, would have graced us with many more awards.

Those who have tried it have said that the whisky is viscous and palate coating, with rich dark fruits and rum molasses.

22 years matured in a sherry hogshead

For this bottling we took one of Scotland’s most beloved folklore creatures, the selkie. These are seals that have been known to spend an evening dancing on the beach, shedding their seal skin to reveal a beautiful woman beneath. In some stories a man will steal a seal skin in order to trap a beautiful woman on land and make her his wife. Normally with tragic consequences.

For more info on our sold-out Selkie the Arran 22 you can click here.

From spooky to terrifying – how the series progressed…

This weekend we will have another look back at the three other bottlings in the series so far, with creatures who may strike fear into your very soul…