Let us continue with our recap of the rare and award winning whisky known as the Folklore series. Today we look at the 3rd, 4th and 5th bottlings from this sell-out line. In our last blog we left off with the Cu-Sith and the Selkie which were some of the most elusive whiskies. The Arran 22 and Blair Athol 45 proved themselves to be very popular and are now only found in rare whisky auctions. For the 3rd in the series we went with a less obviously crowd-pleasing whisky… 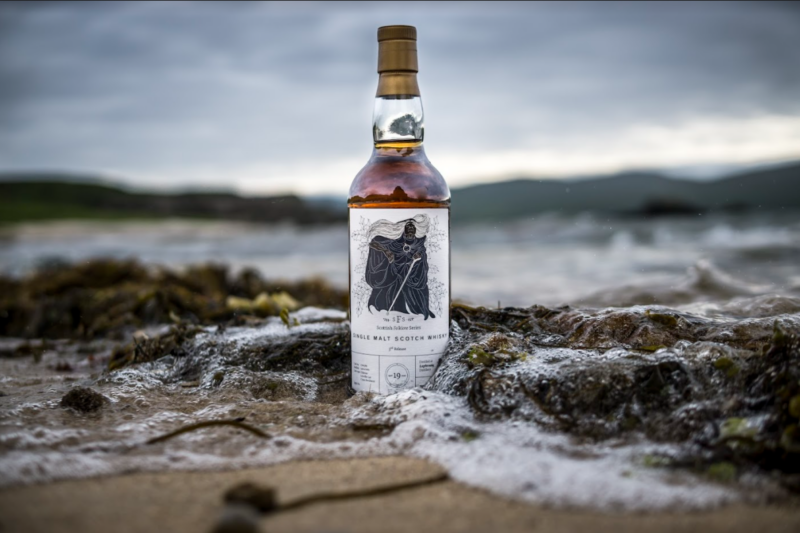 Do you love Laphroaig? Or do you HATE Laphroaig and all peaty monsters that dare to touch your lips? Don’t worry – either way you will have people that agree with you. In our case we love all whiskies, especially the peated ones. However, if you were in the second camp then we have some insider tips for you.

Peaty whiskies only get less smoky with each year that they spend in a cask. Those flavour compounds, or phenols, come from a part of the process that happens very early on. Namely, when they are drying the barley they may use a peat fire and the smoke then clings to the grain. After that the barley is milled, mashed, made into wort, wash and then spirit and still manages to retain that smoky flavour. If you visit a stillhouse that has been making peaty whisky you will know immediately, the air has that characteristic peat reek. You will probably still know about it days later too!

Yet, with each year the whisky spends in an oak cask it will take on more of a cask-based flavour profile. Typical flavours from wood include vanilla, coconut, cinnamon spice and other dried fruit flavours. Not smoke.

So if you aren’t sure about classic smoky whiskies, you might want to try older varieties. They are pretty rare, but these whiskies will balance smoky notes with characteristics taken from the wood with delightful results.

And so our 19 year old Laphroaig is not by any means your typical Laphroaig. It appeals to both Laphroiag lovers and those who aren’t so sure. Cask 88 – we bring the people together. Although this whisky is sold out you can check read about it on our website (click here).

17 years in a hogshead

Dense and chewy, like a malt loaf studded with dried cherries and pecan nuts.

For our next trick we chose something dark and unusual. In fact, you could say that this whisky is RICH and DARK and from Highland PARK! For those who don’t know Highland Park is the most northerly Scottish distillery, sitting bravely on the island of Orkney bracing against both the wind and the shadows of the Celtic and Norse worlds.

The whisky has picked up its dark tones and extremely sumptuous flavours from a very extended period of time in a sherry cask. The whisky was then transferred to a cask from the deep south of France: a Rivesaltes fortified French wine hogshead. A rare and experimental combination.

The Nuckelavee is probably our most fear-and-awe-inspiring creature of the Folklore series. It has the body of a horse, with skin flayed off, exposing crawling muscles and yellow veins that pump black blood. In its head blazes a single red eye. From a distance, Nuckelavee appears to have a rider, but up close it can be seen that a human torso erupts direct from the beast’s back, groaning and lolling from side to side as it drags grasping arms that reach all the way to the ground.

Although this whisky is sold out you can check read about it on our website (click here).

Started its life in a refill sherry cask

It leads with sweetness: a thick layer of marzipan icing and raspberry jam, slowly peeled away from a fruitcake. A hint of smoke rolls in, like a roast dinner charring in another room. Then the sweetness changes, becoming more savoury… 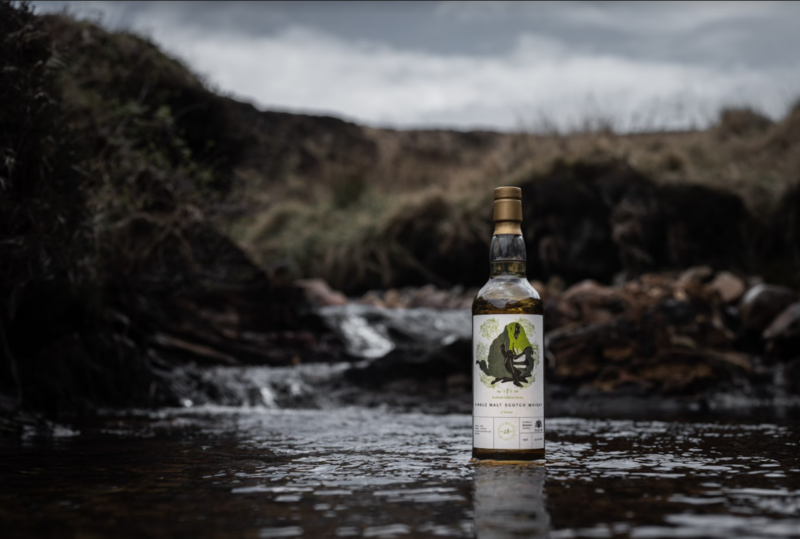 For our penultimate whisky we went to Islay. This whisky is different again, both in terms of flavour profile and design. For this we found a cask of vintage Bowmore. Bowmore is also a traditionally smoky whisky. Here we have matured it for a long time, so the same balancing act that we discussed with the Laphroaig, between peat and wood flavours, has occurred.

Bowmore is not known to be as intensely peaty and machine-oil-esque as Laphroaig so the result is a more delicate whisky. This review on Independent whisky site ‘whiskybase’ notes that at first the fruits are in the background of the whisky and the smoke is still predominant. But with a little water, everything changes…

This whisky is also a little different in terms of design. It is rare that you would see the image of an old and not traditionally attractive (actually not even interested in being attractive) woman adorning a product. The Coainteach does not give a toss what you think about her looks. She is far too powerful for that.

Although this whisky is sold out you can check read about it on our website (click here).

And now the latest bottling, the last in the series, is almost on public release. Today, Sunday the 12th of December, is Folklore Eve. Tomorrow marks a big moment in Cask 88 history. Folklore has been such a passion project for everyone on the team here: from the operations side choosing the best casks they could find; to the design team working with amazing artist Hannah Fleetwood on each iconic drawing; to us in marketing making our little videos and getting so excited about each creature that we make you all try to guess it.

We hope that you have loved the series as much as we have and that you continue to love it as it adorns the various homes and rooms that it is blessed to be in.

We also hope that you will continue to follow our rare and old whiskies – to see what we come up with next!

In fact, we would love to take your ideas, you whisky lovers – what kind of independent bottling would you like to see?