Pictish artefacts, mysterious slices of silver and petrified lava all surround Scotland’s best whisky distilleries. In truth – a rich and ancient history surrounds most distilleries. Casks themselves are a living piece of whisky history (more about that here).

Scotch Whisky knows how much it owes to its heritage, and much of the research carried out into the history of Scotland is pursued and funded by distilleries themselves. Many of the discoveries I’m writing about today were helped along by the Glenmorangie research project.

Trade, good food and good drink have been the tenets of this land for thousands of years – as this article will soon show you. With a landscape as challenging and striking as this you are bound to grow a love for good eating and fine drinking…

GlenMorangie and The Cadboll Stone

Glenmorangie began their commitment to ancient history 12 years ago having been inspired by The Cadboll Stone, a 1.9 tonne pictish sandstone tablet found locally to the distillery. They have been fascinated by the controversial tablet for years and in 2008 they decided to take the next step, teaming up with the National Museum to research the history further. Through their funding and developing passion for all Scottish ancient history even more discoveries have been made… but more on that later.

First, what is this Cadboll Stone?

The Cadboll Stone is thought to be over one thousand years old. It was found in the town of Hilton and features an engraving of both distinctive Pictish shapes and a hunting scene. The scene is of a deer being chased by two large dogs and two armed horsemen. Most important of all is a figure of a woman above them. She is riding a horse and wearing a very impressive brooch. Those who study the stone say that she is a figure of much intrigue.

A Woman of Intrigue

Who was this Pictish woman? Well, her large brooch, penannular for those in the know, suggests she was a person of stature. Is this a Pictish warrior Queen of old, protecting the Tarlogie Springs? Most likely she was a local aristocrat or leader, overseeing an important source of food. We like to think all the figures depicted in the ancient stone enjoyed a hearty meal later that day.

This spirit of sharing and conviviality has continued across the centuries, bridging the almost 1200 year gap between the events memorialised in stone and today’s Tain. Today we still share locally sourced meals – best served with our most provincial of beverages, Scotch Whisky.

If you are visiting Glenmorangie then a 14 minute drive will take you to ‘Hilton’. It is on the other side of Loch Eye. As you traverse past the watching eye you cross lands that have been host to a hungry humanity for at least thousands of years. A cask maturing in the Highlands sits on a land filled with history.

Glenmorangie’s waxing interest has travelled down the coast, aiding the discovery of Roman silver in Fife. Many whisky enthusiasts will be unsurprised by this; Fife is well known to be the source of a lot of barley and now a handful of well placed distilleries. It follows that Fife would have been a place of intrigue, even close to two thousand years ago.

Funded by The Glenmorangie Research Project, a team from the National Museum of Scotland recently uncovered this plethora of Roman silver slivers. This may prove a vital link between the Romans and the Picts. Famously, the Romans did not conquer the Picts. In fact, many believe the Romans feared them, brave warriors of the bitter North.

These ancient artefacts aided historians in their opposing theory that Romans traded with the Picts. In Fife, they were probably looking for products from this fertile land in exchange for the silver. These slivers were a kind of currency that could have been exchanged for food or even friendship.

Where Do Casks Come From?

In fact, the Romans may have brought a lot of crucial exchange and knowledge into Scotland. Was it not these ancient Italian-esque people who developed casks and the cuparing system? If so, we at Cask 88 are very grateful that the ancient peoples of Britain and Rome managed to work out their differences.

Today Fife is as fertile as ever and is experiencing a revival in whisky distilling. Where Glenmorangie is a 14 minute drive from the Hilton of Cadboll, Daftmill Distillery is a 13 minute drive from Dairsie. Or 23 minutes if you want to visit the historic home of Scotch Whisky, Lindores Abbey. Be sure to take your slivers of silver for trade when you visit.

From the East to the West, Raasay whisky has its own connection to the past with an iron age well. Alasdair Day, the founder of Raasay, has commented on the pride he feels for the island itself. The distillery is intimately connected with the environment around it. Even before the distillery was built the Raasay team was experimenting with locally sourced barley. Furthermore, the water on Raasay comes from a well that has been around since the iron age.

“Our water comes from a Celtic / Iron Age well on the site. It has a high mineral content from the volcanic rock it runs over, before ending up in the Torridonian sandstone that we draw it from… it is unusual to have hard water as most Scotch Whisky distilleries have soft water”

In this instance Raasay whisky itself is changed because of its ancient connection. The volcanic waters that are so key to the island also make for a special whisky. Some of the Hebridean islands are in fact extremely old, made up of the cooled lava from prehistoric volcanoes.

Scotland is a land that has changed a lot since the Picts roamed – we can’t even claim there was whisky back then! As the years marched on the country has developed and luckily we found time to learn about casks and distillation. All of the whisky world was built upon this history, this volcanic land… sometimes it even affects the flavour!

Thankfully we whisky fans recognise the importance of the past. Schemes like The Glenmorangie Research Project make great effort to uncover even more. Many distilleries are interested in this kind of work – GlenGoyne in the history of smuggling, Aberfeldy in the history of British Industry, to name but a few.. The Whisky World beds into the past, knowing that with each new day we make yet another piece of history.

A cask of whisky is, of course, another historical artefact – and one that gets better with age. If you are interested in buying your own piece of whisky history you can speak to our team about cask ownership by clicking here. 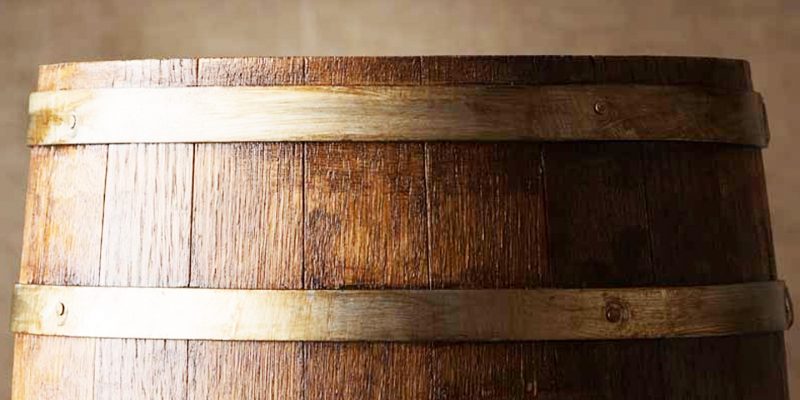