Frequent followers of Cask 88 will have some idea of how proud we are of our Scottish Folklore Series of whiskies. Now they’ve done us proud again, as we can reveal that the last two entries in the six-part series have triumphed at the International Wine & Spirits Competition, each earning themselves a gold medal for their flavour. This means that every bottle in the series is award-winning, and we couldn’t be happier.

Feel free to skip this section if you’ve ‘already heard you banging on about the bloody Folklore series quite enough, thank you very much’.

The Folklore series came about when we decided to peer into the historical terroir of a beautiful cask of 45 year old Ben Nevis we were planning to bottle. The whisky itself was astounding: dark in colour, formidable in flavour, venerable in age. We wanted to present the bottle in a way that did justice to the whisky, and the distillery that had made it.

Ben Nevis is a Highland distillery, built at the foot of Scotland’s tallest and most regal mountain of the same name. Local myths have it that a gigantic and dangerous faerie dog roams freely through these hills and the pocket dimensions between them, and that to hear it bark three times is to guarantee your death. Its name is Cù-Sìth (Coo Shee) We could think of no better ambassador to stand proudly on the bottle.

We worked with the artist Hannah Fleetwood, and she created a vibrant image of Cù-Sìth. Strong, simple colours; active, lithe posture; huge in size – it was an incredible rendering and the perfect start to our series.

Over the next three years we have asked Hannah to portray every new creature we found that shares its territory with the whiskies we chose. Her work is magnificent, we hope you agree.

But the artwork means very little if the whisky itself is not up to standard – and so it’s wonderful to know that an international panel of tasters reckon that all six of our whiskies are as impressive to taste as they are to look at.

Learn more about our six releases in this now iconic series here:

The distinguished judging panel of Dhavall Gandhi, Richard Paterson OBE, Joel Harrison, Colin Hampden-White and Jim Beveridge sat down to blind taste and judge a bewildering number of finely crafted whiskies this year. They are some of the most respected noses in the business, and the minds attached to those noses are held in high regard as well. They score their tastings out of 100 points, so there’s a lot of granularity in their decision-making. What did they make of our offerings? 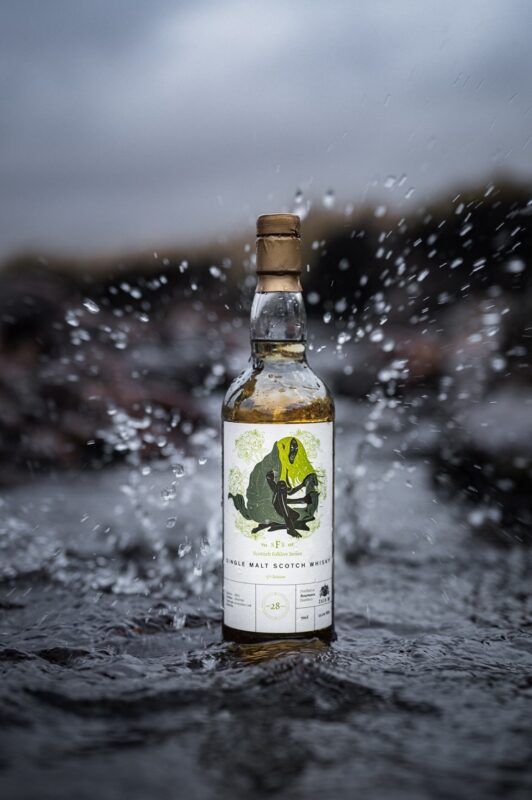 Our 5th bottling, the Caointeach, is an Islay malt of great pedigree, for it was distilled at Bowmore distillery, the oldest working distillery on Islay. 28 years old, distilled on April 10th 1991, this feisty Bowmore spent its entire life in an ex-bourbon hogshead to ensure a lighter and more subtle interpretation of its flavours. It was bottled at cask strength of 53.2%, and still wore a subtle peatiness across its shoulders.

The Caointeach of Islay is renowned for having just the one huge nostril, but we assume that the judging panel used both of their nostrils to evaluate this whisky. Here’s what they had to say.

The whisky scored 95 points, just sneaking in to the punishingly high standard required to gain a gold medal. 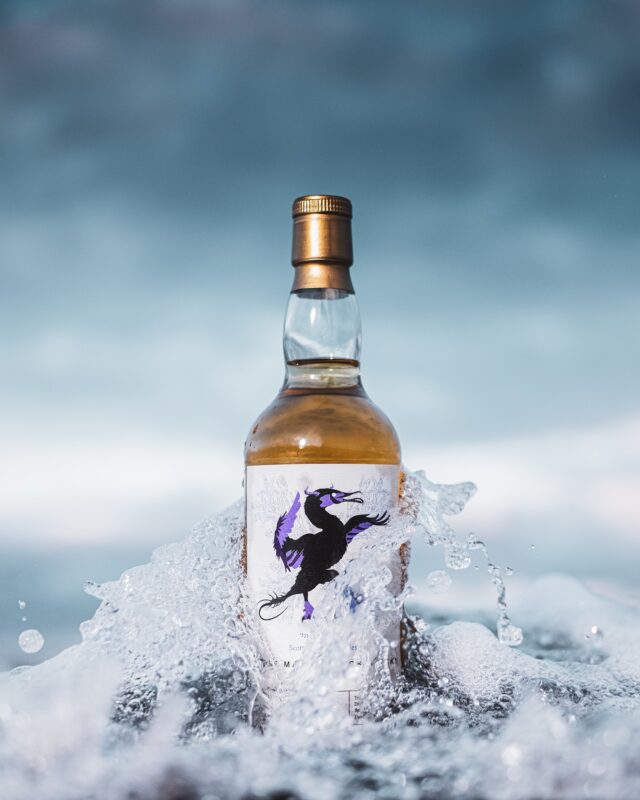 It’s a real coup to get hold of a cask of Springbank whisky, let alone from a batch of whisky that was tripled distilled there. The distillery calls their triple distilled spirit ‘Hazelburn’, which is a brand name, and not usable by independent bottlers. No matter – we are delighted to be able to say that one of our releases came from Springbank distillery, which is still the darling of whisky aficionados thanks to their almost religious adherence to the policy of making as much of their whisky by hand as possible.

Our Boobrie, distilled on the 20th of March 2000, was also matured in an ex-bourbon hogshead so as not to overwhelm the subtleties of the triple distillation.

The whisky scored 96 points, which is a stonking score. Comfortable gold medal, and impressive considering this was one of the younger whiskies in our Folklore lineup. I mean, still 21yo, though.

If you want to add any of these Folklore whiskies to your collection, I’m afraid that is not an easy thing to do anymore. At time of writing, all but the Boobrie are completely sold out, and of the Boobrie there’s just a whisper remaining. We can only advise keeping an eye on reputable auction sites – these bottles do sometimes make an appearance. Unfortunately, though, we have no say in what happens to the prices there!

We are buoyed up that our taste in single cask selection has paid off with the IWSC, and we hope to select and bottle new and exciting whiskies as we go. Like all the best whisky – this process cannot be rushed.

In the meantime, if you wish to relive the glory days of these two whiskies; join Cask 88’s Storyteller as he encounters the creatures that inspired them.

Manual Link to Caointeach Video because WordPress is borderline unusable.

Manual Link to Boobrie Video because WordPress is borderline unusable.

Whisky writer, whisky YouTuber and incurable whisky romantic - sometimes he even drinks it.